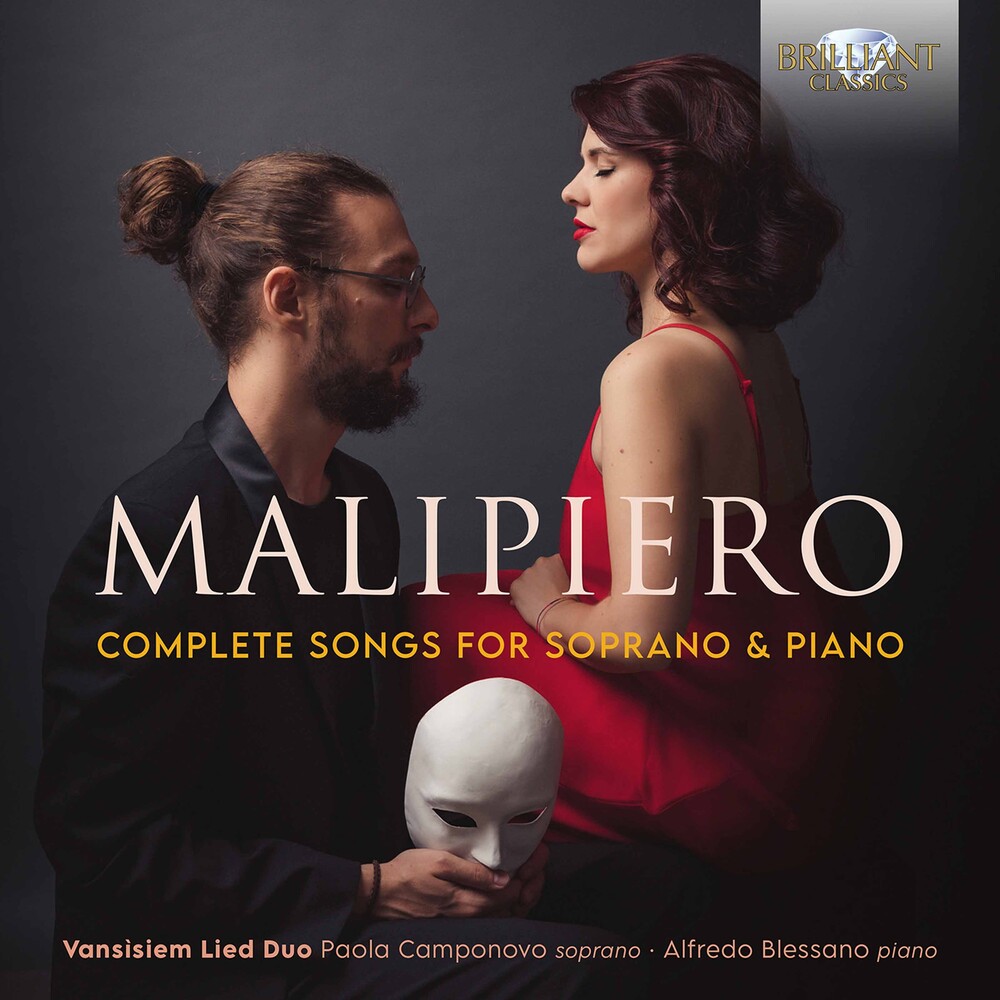 Belonging to the generation of Respighi but dying several decades later, Gian Francesco Malipiero (1882-1973) is a far more varied composer than listeners to his post-Romantic chamber and orchestral music would guess. This album is both the most comprehensive publication ever issued of his song output on record, and a valuable opportunity to reappraise an often under-rated 20th-century composer. Malipiero wrote songs throughout his career, and in his late 20s found an affinity with the visionary and influential poet Gabriele d'Annunzio. Their artistic partnership began in 1909 with I sonetti delle fate, full of Wagnerian yearning in the spirit of Debussy's incidental music to d'Annunzio's St Sebastian play. The composer's literary leanings and gifted word setting soon produced equally idiomatic settings of French poetry in a set of Cinq mélodies and an elliptical cycle of three poems (titled in English) by Georges Jean-Aubry, Keepsake. With Le stagioni italiche, however, Malipiero shows himself up to date and in sympathy with the latest developments in expressionist song writing from the pens of Mahler, Schoenberg and Webern, and with an ambition to match: a 40-minute cycle of four varied texts ranging from the 15th century to Malipiero's own day. Like much else here, the cycle has previously been recorded but never in the context of Malipiero's other songs which help us to understand the composer's stylistic evolution. Three years later, there followed a through-composed drama based on the ancient legend of Philomel (immortalized by Ovid in the Metamorphoses) from which Malipiero extracted a cycle of three songs. He continued to refresh his style and innovate with Le sette allegrezze d'amore from 1945, but little in his music prepares the listener for the pointilliste precision of the Sette canzonette veneziane from 1960.