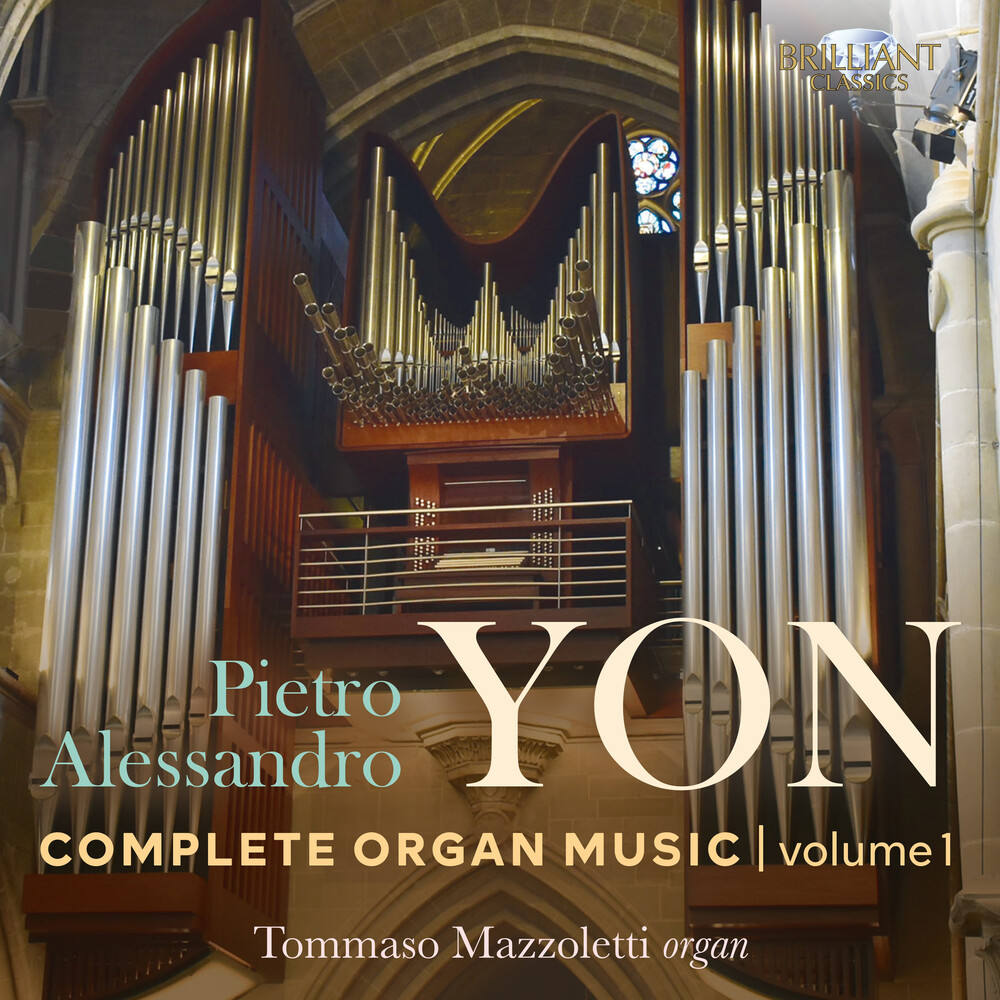 Pietro Yon (1886-1943) played in what is widely regarded as one of the finest-ever performances of Beethoven's Missa solemnis, conducted at Carnegie Hall in 1935 by Arturo Toscanini. Yon was sharing the stage with the likes of Elizabeth Rethberg and Ezio Pinza; he had acquired a comparable celebrity within the organ world in his lifetime, having emigrated from Italy to the US at the age of 21, and become Organist of St Patrick's Cathedral in New York, the foremost seat of Catholicism in the US. A New York Times profile portrayed him as an adopted New Yorker who moved in high-society circles and enjoyed ragtime and vaudeville, and he welcomed the likes of Caruso and Toscanini to his home as friends. When he died in 1943, the world-famous conductor numbered among the 1300 mourners at St Patrick's. Yon's own music has a post-Romantic, mid-Atlantic flavour reflecting his background without belonging to a single 'school'. Christmas in Settimo Vittone or Rapsodia Italiana draw on his Piedmontese heritage. The trio of large-scale organ sonatas occupying the third album emerge from the virtuoso tradition of 19th-century keyboard writing exemplified by Liszt and translated to the organ by French contemporaries such as Guilmant and Vierne. Album 1 is dedicated to a collection of 12 Divertimenti including not only the Italian-themed character pieces mentioned above but also an expansive 'American Rhapsody' - like a transatlantic version of Howells, perhaps, sharing it's chromatic harmony with the music of Leo Sowerby - and shorter study-like pieces which exploit the full range of colours available on the organ of St Patrick's which he had extensively renovated and updated to reflect changing tastes, rather as Pierre Cochereau did at Notre-Dame in Paris.