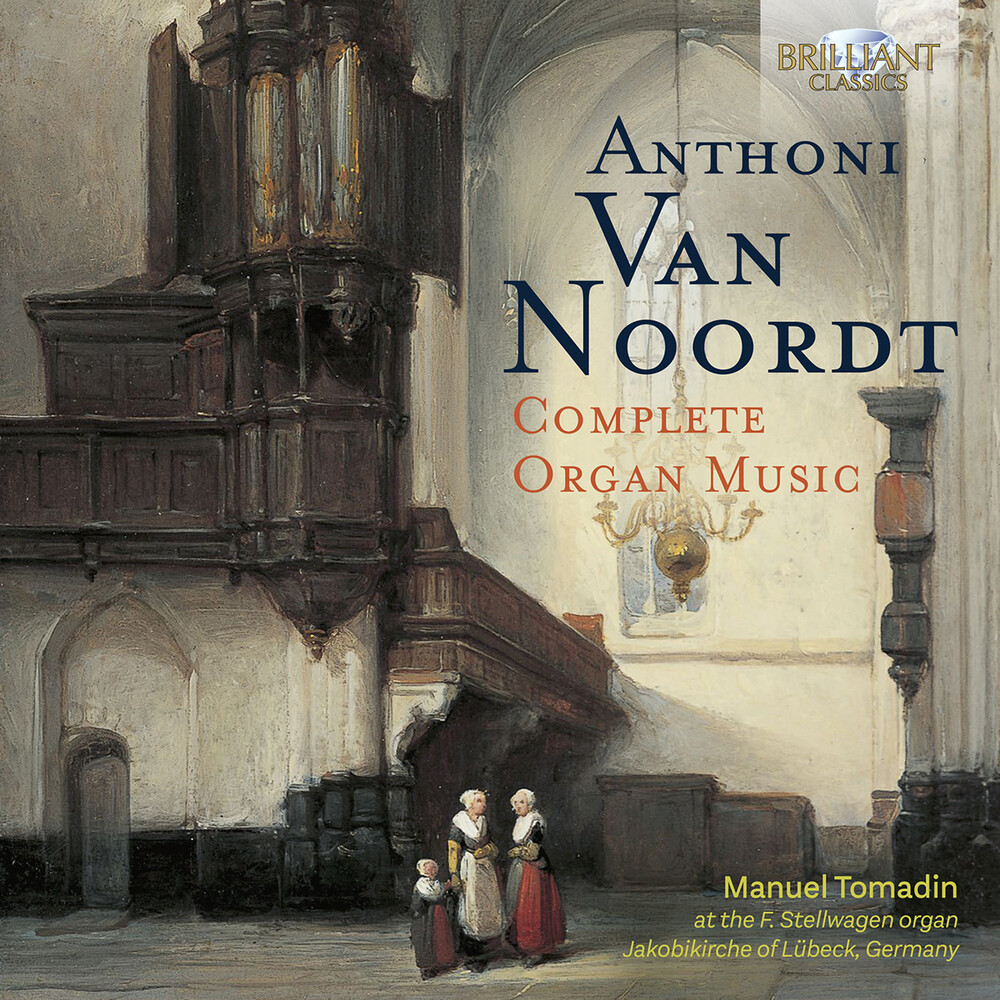 The most prominent member of a distinguished Dutch line of musicians in the 17th century, Anthoni van Noordt (1619-1675) was organist of the Nieuwezijds chapel in Amsterdam between 1636 and 1664, when he took up the more prestigious post the Nieuwe Kerk until his retirement in 1673, dying two years later. The tablature book of 1659 is the only extant collection dedicated to his work, comprising ten sets of variations on Psalm melodies from the Genevan Psalter, and six fantasias. Psalm 24 stands out for it's vibrant originality as a masterpiece of improvisation, but all the pieces in the collection demonstrate what a formidable organist Van Noordt must have been, as well as requiring the same flair and invention from a modern performer. Choice of instrument in this repertoire is crucial, and for the latest volume in his adventurous journey through the organ music of northern and central Europe in the 17th and 18th centuries, Manuel Tomadin has selected a superbly preserved original example dating from 1637 in the Jakobikirche of LĂĽbeck. The booklet gives a full specification of the organ as well as the stop list chosen by Tomadin for each individual track, as well as a substantial essay by the organist which discusses the life and music of Van Noordt. Tomadin's highly colored, rhythmically flexible performances pay respect to the essentially improvisational nature of Van Noordt's language without undervaluing the influence of Sweelinck, the dominant voice in northern-European organ music of the time, on his style.
back to top