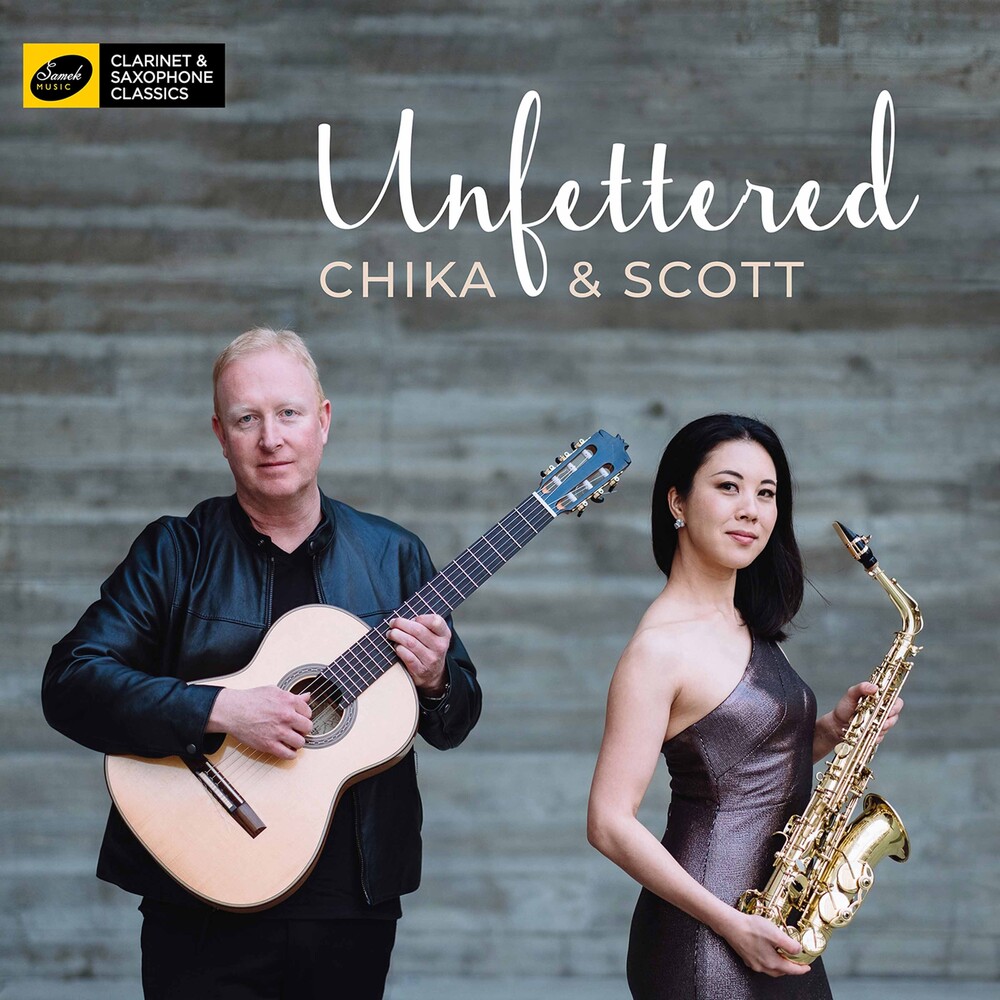 These stunning arrangements made by Chika Inoue and Scott Morris include Schubert's epic Arpeggione Sonata and the much beloved Ave Maria. This beautifully recorded album will give listeners a rare treat to enjoy a classical recital of Mozart and Schubert performed on the alto saxophone and guitar. Great care has been taken to ensure that the quintessential delicacy of these works have been captured and even enhanced by this unique instrumentation. Chika Inoue and Scott Morris have been performing together since 2016. As an incredibly successful duo in high demand, they tour extensively in the US and Europe with upcoming dates scheduled for Los Angeles, New York City, Europe and Asia. Some 2019 season highlights include the Festival de la guitarra in Granada, Spain, the NAMM Show, ICYOLA (Inner City Youth Orchestra of Los Angeles), and the NASA (North American Saxophone Alliance) conference in Tucson, AZ. The record was produced by Niko Bolas (Neil Young, Melissa Etheridge, David Crosby, LeAnn Rimes, and Warren Zevon) and recorded by Chandler Harrod and 22-time GRAMMY winner Al Schmitt with additional contributions from Steve Perry. Both master arrangers, Chika & Scott perform their own arrangements which successfully capture the composer's intent while also taking full advantage of the unique sound of classical saxophone and guitar. Performed with intense delicacy, this is a musical feast for the listener.