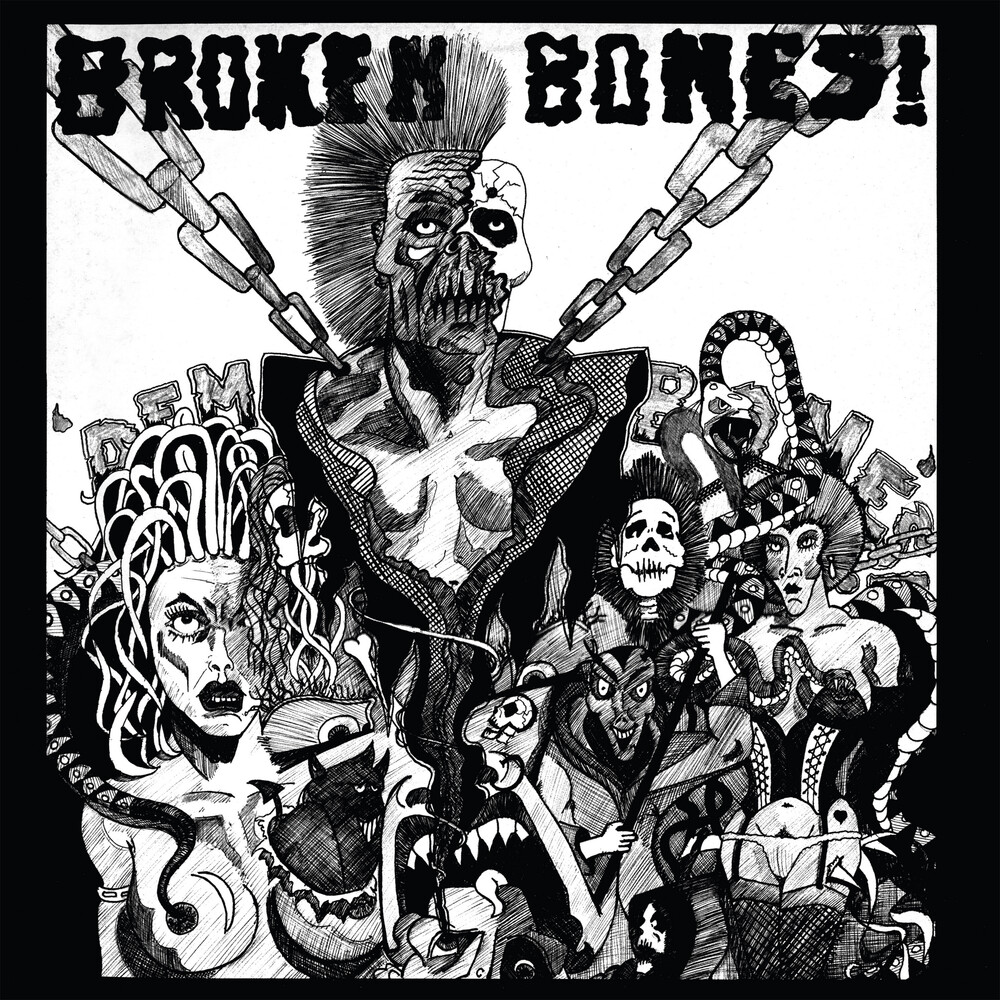 The classic debut studio album by Broken Bones, the ex-Discharge speed-metal punk band, who influenced Metallica and an army of other hard-core punk bands.Broken Bones were formed in 1983 by the Discharge twin brothers of Bones (guitar) and Tezz (bass) and were joined by Baz (drums) and Nobby (vocals). From the 'Potteries' area, Stoke-On-Trent, they first produced two singles, Decapitated and Crucifix, followed by this album 'Dem Bones' - all fast and furious anthems and UK indie chart Top 10 entries.The album, originally released in 1984, was produced by Clay Records' Mike Stone who had also produced Discharge. Along the way, band membership developed, but always featuring the distinctive guitar of Bones. Tezz later went to the USA, where he played with UK Subs, Ministry, and many others. Both brothers are currently in a reformed Discharge.