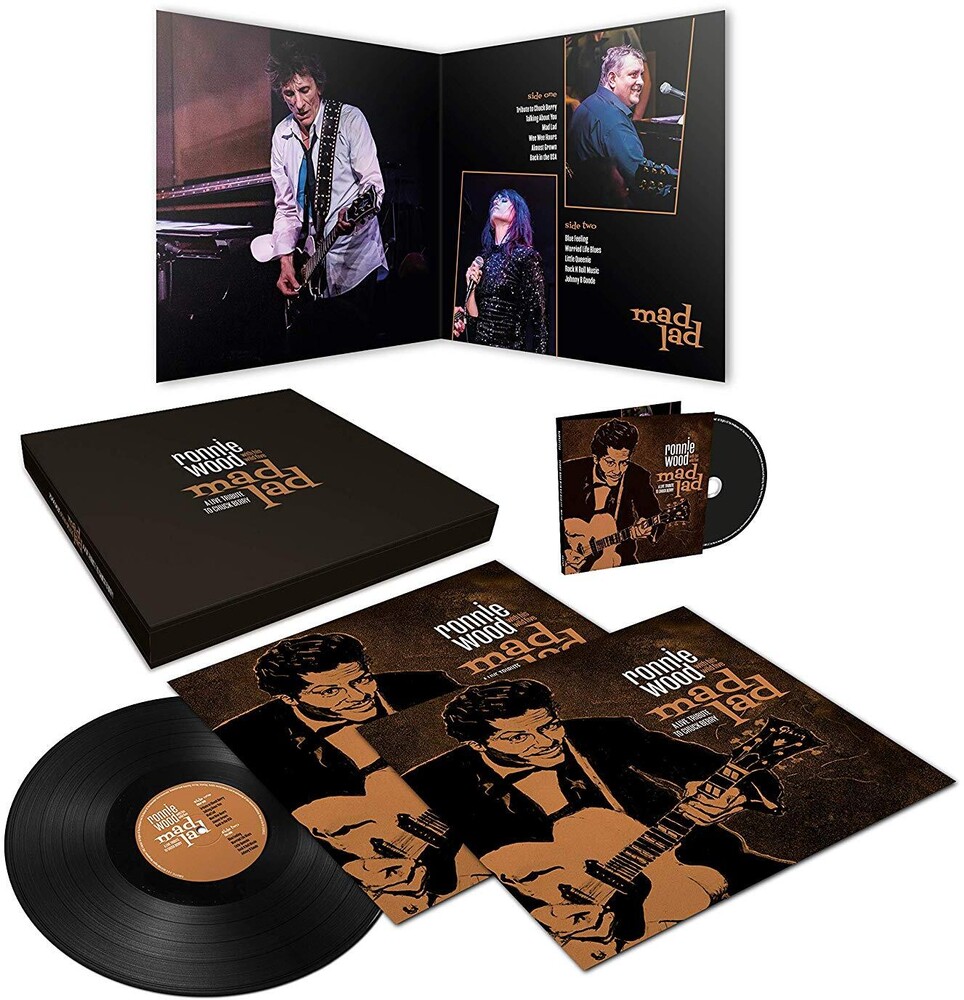 Ronnie Wood's first solo album in nearly a decade doubles as a live tribute to one of his musical heroes, Chuck Berry. Named after an instrumental originally featured on Chuck's 1960 LP Rockin' At The Hops, Mad Lad: A Live Tribute to Chuck Berry was recorded live at Wimborne's Tivoli Theatre and finds the Rolling Stones guitarist also holding down vocal duties with guest appearances from singer Imelda May and pianist Ben Waters. In addition to the tracks "Tribute to Chuck Berry" written by Wood and "Worried Life Blues" written by Maceo Merriweather, the 11-track collection includes renditions of further Chuck Berry classics like "Johnny B Goode," "Roll Over Beethoven," "Rock 'N' Roll Music," "Back in the U.S.A." and "Little Queenie." Mad Lad will be the first in a trilogy to be recorded by Wood and the band in the coming years, each paying tribute to Ronnie's musical heroes. Ronnie chose Chuck Berry for the first album as he has been a lifelong fan, has toured with him and also, to honor his sad passing just over two years ago.