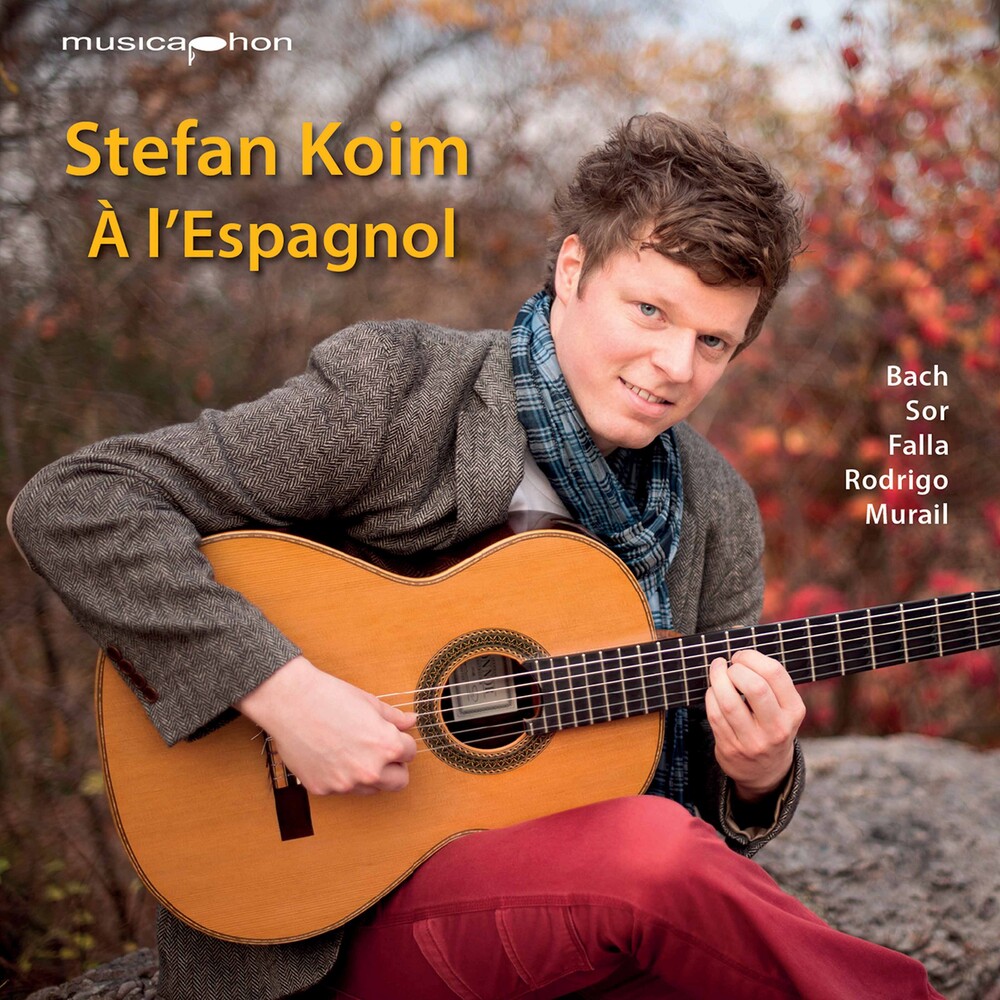 On his debut album, Stefan Koim presents compositions from the Baroque to modern times, the connecting element of which is a creative adaptation of Spanish music traditions - an adaptation that could take on different forms in individual cases: while in Johann Sebastian Bach's Ciaccona from the 2nd violin partita Spanish reference points on a formal level are remarkable - the Ciaccona is originally a Spanish folk dance - folkloric elements for the Spanish composers Fernando Sor, Manuel de Falla and Joaquín Rodrigo represent an important aspect of their respective personal styles. And the French composer Tristan Murail finally realized his sound ideas on the guitar, using playing techniques from Spanish flamenco music in his work Tellur. It is remarkable that the reception of elements of Spanish music happened in all cases either via France or in direct engagement with the influences of French music or the music of French composers: Bach, for example, based his composition on a French form model of the Ciaccona, Sor was just spending the most productive years of his life in the center of French music life, in Paris. de Falla, in turn, dedicated his work to the French composer Claude Debussy and Rodrigo, as well as Mu-rail, developed their personal styles in dealing with current trends in French musical life. With this mixture of Spanish and French elements, the compositions on this album once again point to the close connection between the various musical styles in Europe, even across national borders.