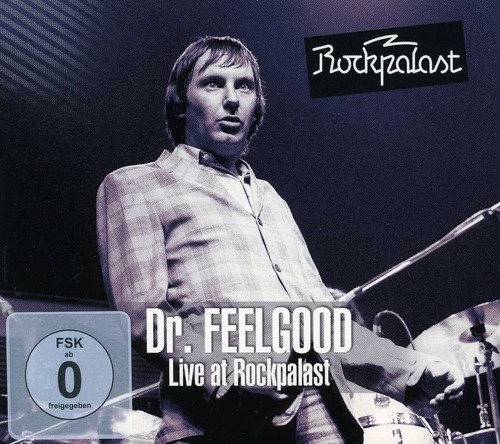 Limited two disc (PAL/Region 2 DVD + CD) edition. Live archive release from the British rockers filmed in 1980 at the Metropol in Berlin. This appearance was Dr Feelgood's only Rockpalast booking and it's official release has long been sought after by fans. The legendary Canvey Island R&B band's second classic line-up features on this set, with Lee Brilleaux (vocals, harmonica), John B. Sparkes (bass) and the Big Figure (drums) joined by guitarist John Gypie Mayo. It was one of the last recordings of the band with Gypie who subsequently left in March 1981.