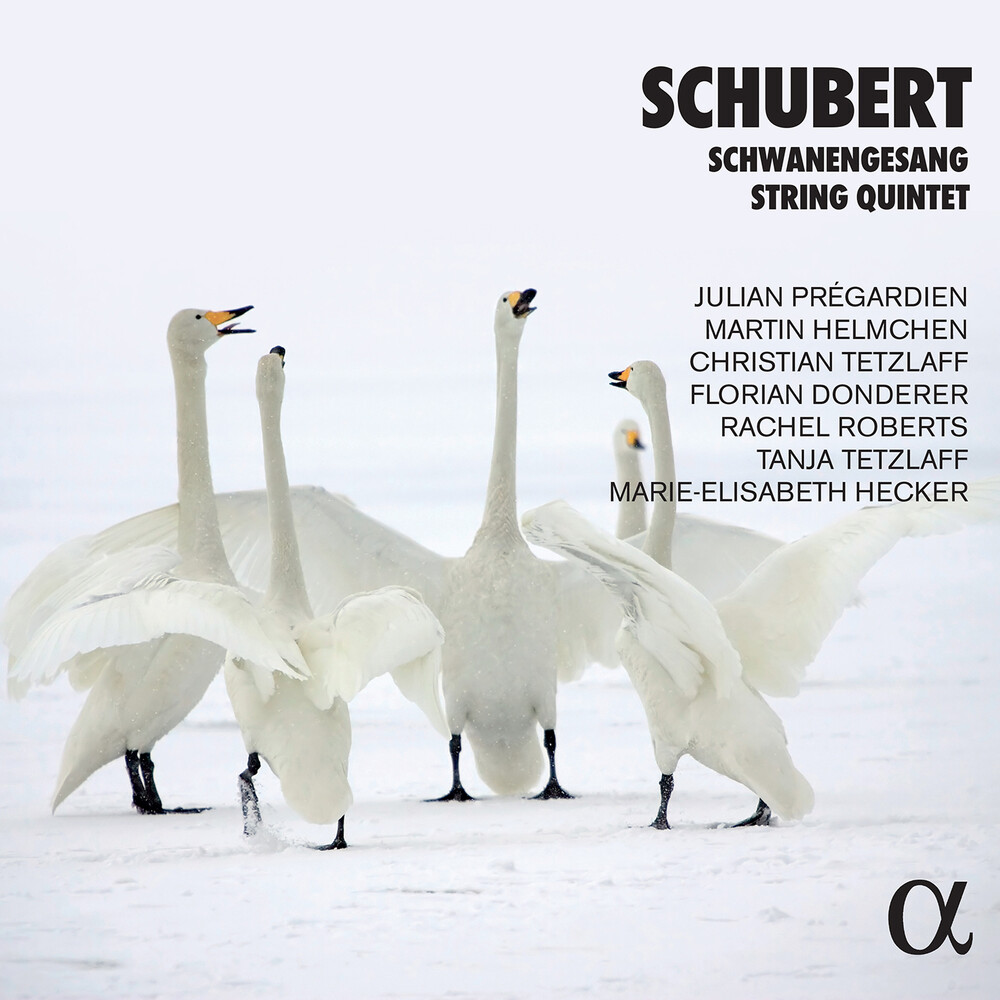 Here are two works composed by Schubert at the very end of his short life. Schwanengesang (Swansong) was written in Vienna in the autumn of 1828. He died on 19 November at the age of thirty-one, and Die Taubenpost (Pigeon post), which closes the collection, is said to be his very last composition. The fourteen songs, by turns light-hearted, somber and melancholy, are settings of poems by Ludwig Rellstab, Heinrich Heine and Johann Gabriel Seidl. In the summer of the same year he composed his String Quintet in C major, scored for two cellos, which was not premiered until 1850, at the Vienna Musikverein. The power and orchestral dimensions of the work make it a pinnacle of nineteenth-century chamber music. We could not have dreamt of a finer line-up of musicians to record these two Schubert monuments. Fanny Mendelssohn's Schwanenlied (also to words by Heinrich Heine) completes the programme, along with Felix Mendelssohn's Song Without Words no.1 for solo piano, composed a year after Schubert's death and Schubert's own setting of an unrelated Schwanengesang (D 744, on a poem by Johann Senn).