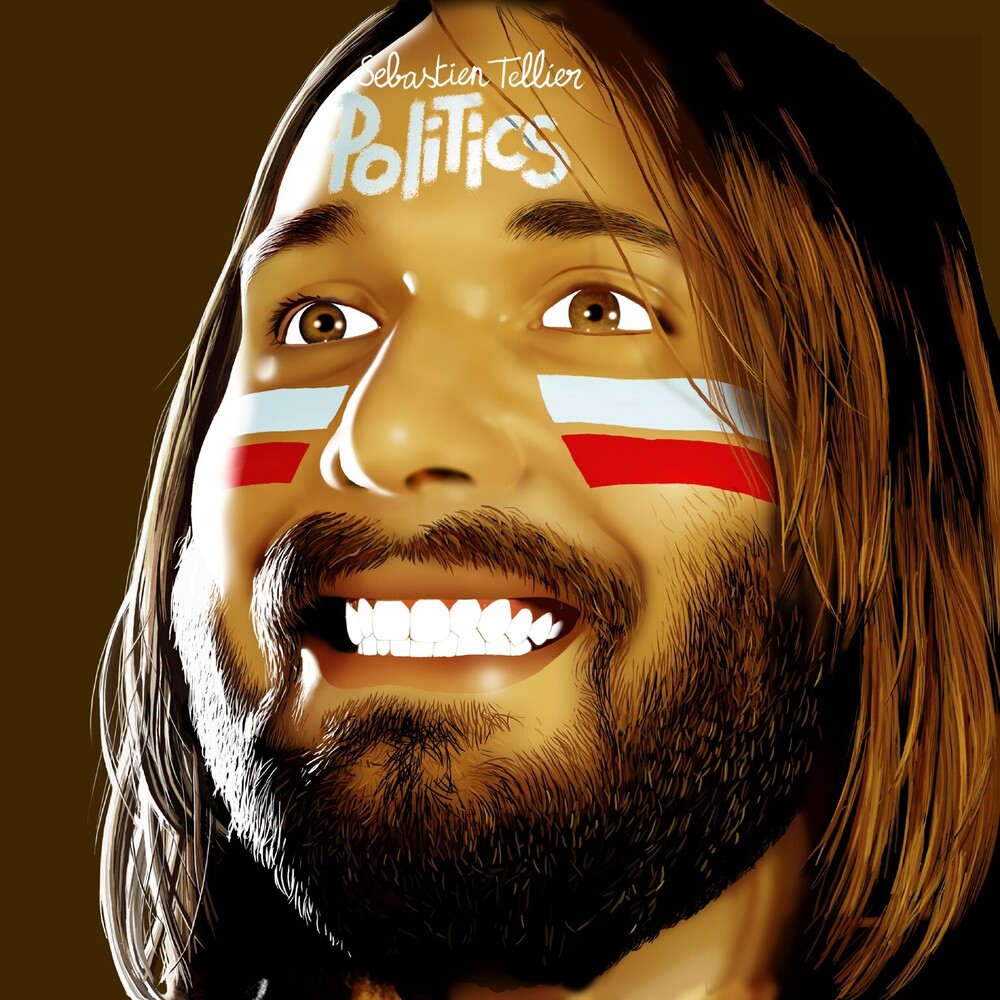 SĂ©bastien Tellier, the first signing to Record Makers, returned after his 2001 'L'Incroyable VĂ©ritĂ©' album and his appearance on the soundtrack to Sofia Coppola's 'Lost In Translation' with 'Politics', a stunning eleven-track LP of almost indescribable cinematic and uplifting music. Produced in Paris by the legendary Philip Zdar (Cassius, Etienne de Crecy), 'Politics' is an uncompromising album featuring contributions from artists as diverse as Tony Allen (Fela Kuti), Quentin Dupieux (aka Mr Oizo) and the Bulgarian Symphony Orchestra. 'Bye-Bye', the first track on the album was originally written as part of the score for Sebastien's starring role in the Quentin Dupieux directed file 'Nonfilm', with Tony Allen striking the perfect chord for 'Bye-Bye's rhythms. However after 'Bye-Bye' everything came together for the album - and Tellier began composing music in Phillippe Zdar's studios at 84 Rue Des Martyrs, Paris. 'Let's give the minorities their say, and show the way to those who have forgotten the roots of our planet's problems! The East Germans should know, and the wetbacks, and those who work themselves into the ground! Say no to stylistic controls, don't fight the rhythm - Tony Allen will be there to support me along with the rest of them', he said. And that's what happened: the troops stormed in to defend the Native Americans ('Ketchup Vs Genocide'), the Mexicans ('League Chicanos'), two Africas, one idealized and one torn by civil war ('Wonderafrica' and 'La Tuerie'), and a sporty East German who actually misses the Berlin Wall because she hasn't been able to play solo tennis since it's collapse ('Mauer') - in short, the oppressed were finally given a voice and re-ushered into a very personal but also universal 'POLITICS'. This voice is magnified by open, melodious music that is unfettered and full of pleasure. With 'Politics' we blissfully sing of the pleasures of eating bananas under the sun, or of making love with the moonlight. It's that simple. Under Tellier the oppressed fought valiantly in the Martyr Road Studios, right up until 31st May 2003, when Paris' 18th arrondisement was itself stormed - by freak hail, which destroyed all of the artist's equipment. Only the master tapes remained, which, then dripping wet, he was grateful to pass onto Phillippe Zdar for the genial mix that is now 'Politics'. And on this album appears SĂ©bastien's masterpiece, the melody that everybody knows, 'La Ritournelle'
back to top