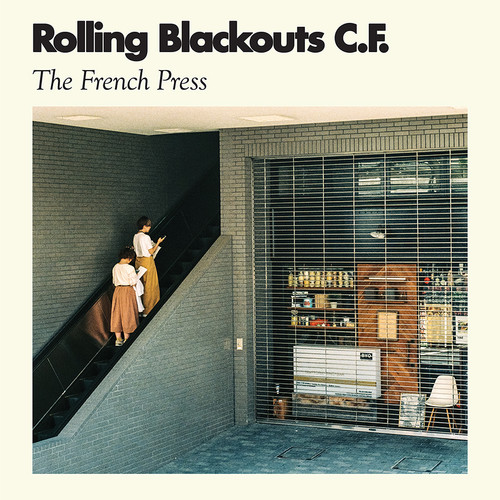 In early 2016, the release of Talk Tight put Rolling Blackouts Coastal Fever on the map with glowing reviews from SPIN, Stereogum, and Pitchfork, praising them as stand-outs even among the fertile landcape of Melbourne music. Chock full of snappy riffs, spritely drumming and quick-witted wordplay, Talk Tight was praised by Pitchfork “for the precision of their melodies, the streamlined sophistication of their arrangements, and the undercurrent of melancholy that motivates every note.” The band was born from late night jam sessions in singer/guitarist Fran Keaney’s bedroom and honed in the thrumming confines of Melbourne’s live music venues. Sharing tastes and songwriting duties, cousins Joe White and Fran Keaney, brothers Tom and Joe Russo, and drummer Marcel Tussie started out with softer, melody-focused songs. The more shows they played, the more those driving rhythms that now trademark their songs emerged. Since then, Rolling Blackouts Coastal Fever rode that wave from strength to strength. Touring around the country on headline bills and festival slots all the way to BIGSOUND, the entrenched themselves with their thrilling live shows while prepping their next release. The French Press levels up on everything that made Talk Tight such an immediate draw. Multi-tracked melodies which curl around one another, charging drums and addictive bass lines converge to give each track its driving momentum. Honed through their live shows, this relentless energy carries the record through new chapters in the band’s Australian storybook. Rolling Blackouts Coastal Fever’s songs have always had all the page-turning qualities of a good yarn and The French Press is no different. Somewhere between impressionists and fabulists, lyricists Fran Keaney, Tom Russo and Joe White often start with something rooted in real life – the melancholy of travel on ‘French Press,’ having a hopeless crush on ‘Julie’s Place’ – before building them into clever, quick vignettes. The result is lines blurred between fiction and reality – vibrant stories which get closer at a particular truth than either could alone. Blending critical insight and literate love songs, The French Press cements Rolling Blackouts Coastal Fever as one of Australia’s smartest working bands.
This website uses cookies to personalize content and analyse traffic in order to offer you a better experience.
I accept Learn More
back to top