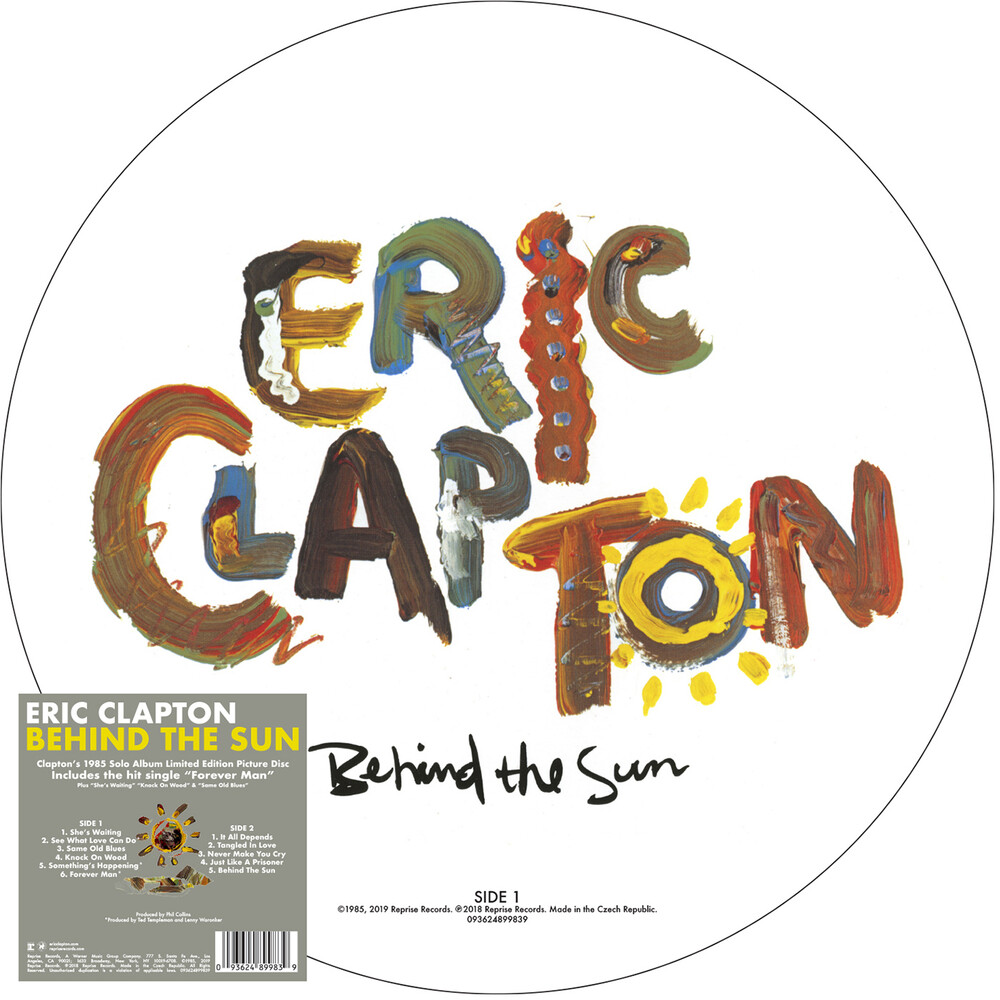 Limited picture disc vinyl LP pressing. Behind the Sun is the ninth solo studio album by Eric Clapton, originally released in 1985. It is Clapton's first collaborative project with Phil Collins who co-produced the album and played on some of the tracks. The title of the album comes from a line from Muddy Waters' "Louisiana Blues".