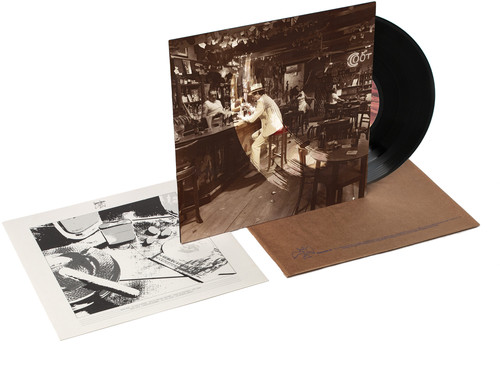 In Through The Out Door: Remastered Original Album [Vinyl]
Artist: Led Zeppelin
Format: Vinyl
New: Not in stock
Wish

Presence, In Through The Out Door, and Coda have been remastered for 2015 by guitarist and producer Jimmy Page and are accompanied by companion audio comprised of previously unreleased music related to the original release. In Through The Out Door topped the U.S. and UK album charts and has since been certified six-times platinum. Sadly, it would be the last album that Led Zeppelin recorded prior to drummer John Bonham s passing the following year. Among the seven album tracks are Fool In The Rain and All My Love, two songs that remain rock radio staples to this day.

The album s companion audio disc features an unreleased rough mix of every track from the original album, including early versions with working titles such as The Hook ( All My Love ), The Epic ( Carouselambra ), and Blot ( I m Gonna Crawl ).