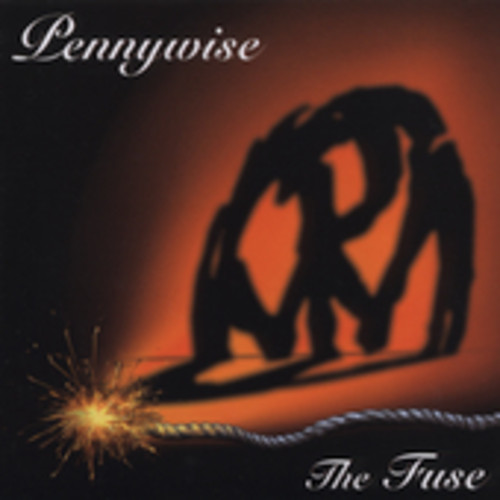 SoCal's punk rock powerhouse Pennywise deliver an amazing, incendiary album from tis frist snare drum crack to it's last molten guitar line. They play with more tenacity and vigor than ever, shooting off one sonic fireball after another. This is their 8th studio record and will be hailed as one of their greatest since FULL CIRCLE.

''The Fuse'' is the eighth album by Pennywise, released on August 9, 2005. ''The Fuse'' charted at number 36 in Australia on the ARIA Albums Chart, their third lowest position on the chart among the band's album releases. - Wikipedia

How do Pennywise and their Warped Tour ilk remain so wildly popular, despite the fact that they've been beating a well-worn formula into the ground since Bad Religion released Suffer in 1987? I know, they say only the strong survive, and Pennywise are inarguably one of this genre's most popular bands; but hasn't anyone noticed-and subsequently become frustrated with-the lack of change over the years? Yup, the AC/DC factor is definitely firing on all cylinders here.

That said, The Fuse is hardly a wash just because of its similarity to Pennywise's back catalogue. Early Bad Religion dominates for the most part-vocalist Jim Lindberg would be the top candidate to hold down the fort should Greg Graffin decide he needs another Ph.D.-especially in the energetic old school of "Yell Out" and "Premeditated Murder." There's also a fair share of skateboards-in-the-air, 21st Century protest punk in "Stand Up" (with some ass-kicking bass fills), "Disconnect" and "Fox TV." The Fuse is raw and to the point, and if not for the obvious guitar overdubs and vocal doubling, you could argue that this was actually recorded live off the floor-the floor of Bad Religion's practice space, that is.