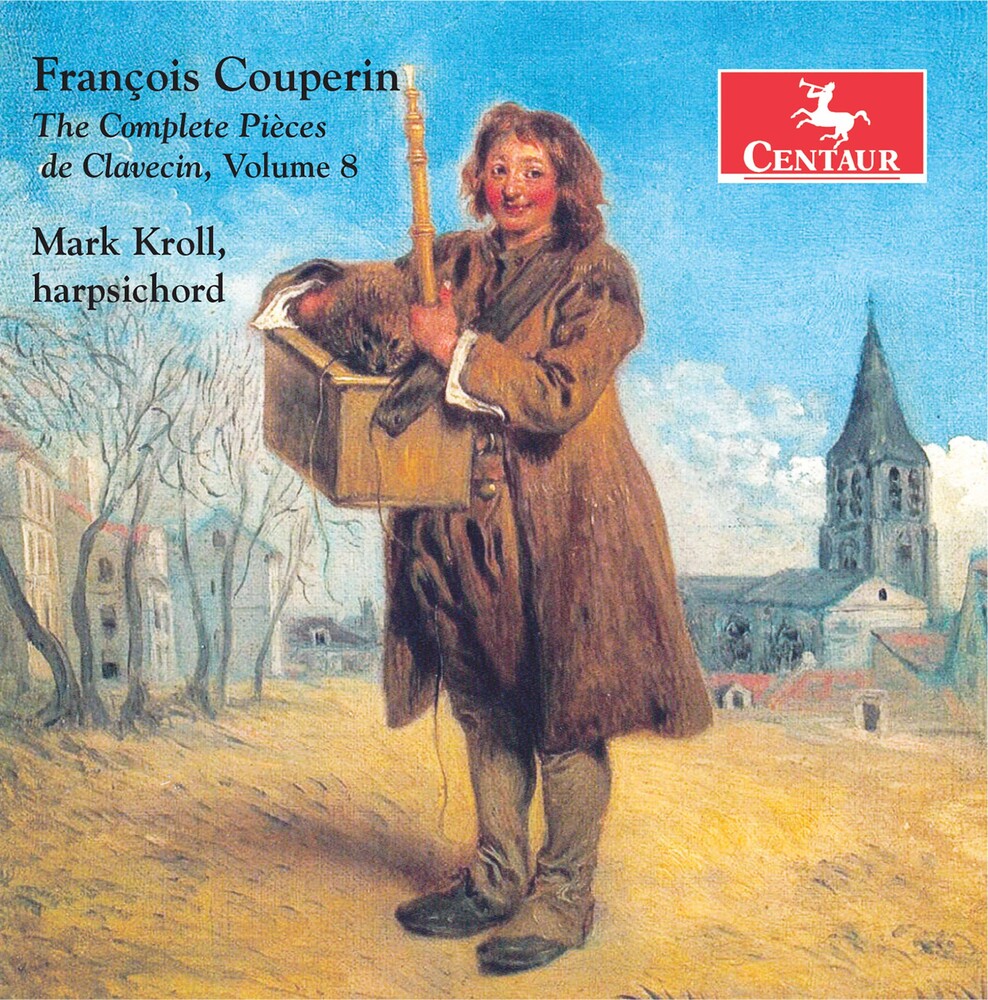 This is Volume 8 in Centaur's recording of the complete Pieces de Clavecin of Francois Couperin, performed on harpsichord by Mark Kroll. This cycle, gradually nearing it's completion, will be a landmark in recordings of works by Couperin, one of the greatest French composers of the Baroque period. Mark Kroll has performed on four continents as a harpsichordist and fortepianist, in both solo recital and as a collaborative chamber musician. Highlights include an appearance as the official guest of the city of Barcelona; featured soloist in Germany's Regensburg Early Music Festival, France's Festival Ambronay and the Bordeaux Hummel Festival; performances and lectures in Beijing and Shanghai; two concerts for the Czech Republic's Prague Spring Festival; and recitals at Lisbon's Gulbenkian Foundation, Rome's Conservatorio Santa Caecilia and Associazione Musicale Romana, Poland's Dni Bachowski, and Slovenija's Radovljica Festival.