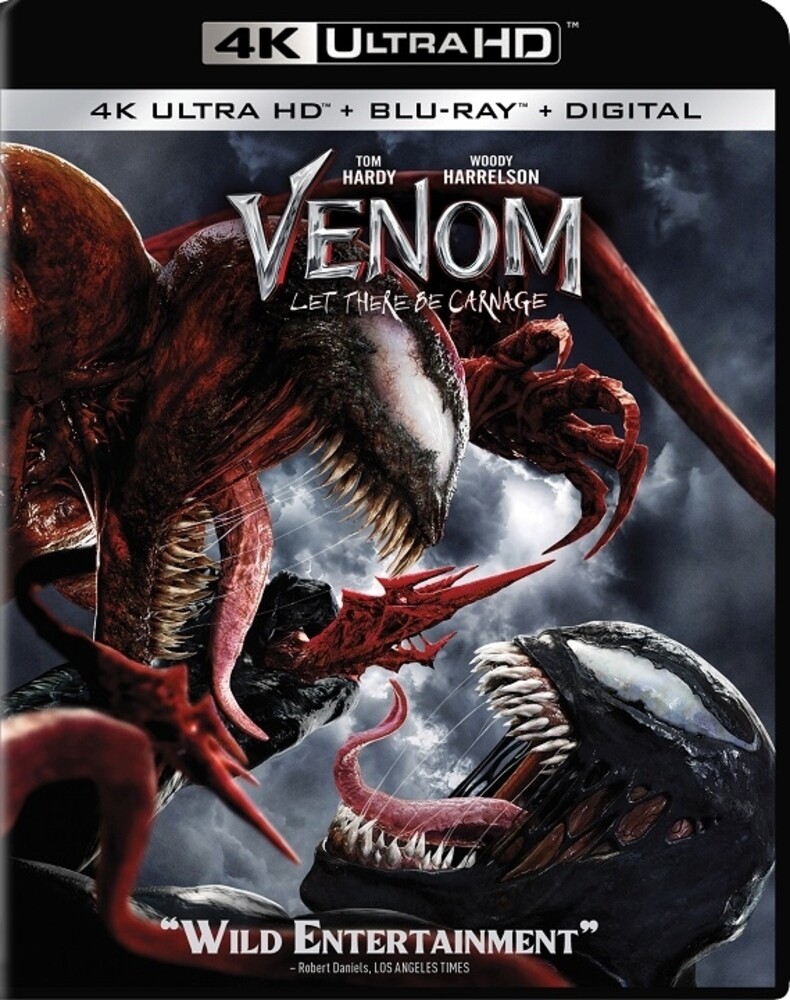 As he tried to cope with the alien symbiote now sharing his body, Eddie Brock (Tom Hardy) couldn't turn down the invite that could recharge his flagging journalism career: A prison sit-down with psychotic serial murderer Cletus Kasaday (Woody Harrelson). Freak circumstance caused the parasite to infect Kasaday as well-resulting in an escape and rampage that even Venom might not be able to stop. Showdown for the Marvel Comics supervillains co-stars Michelle Williams, Naomie Harris. 90 min. Widescreen; Soundtrack: English.
back to top