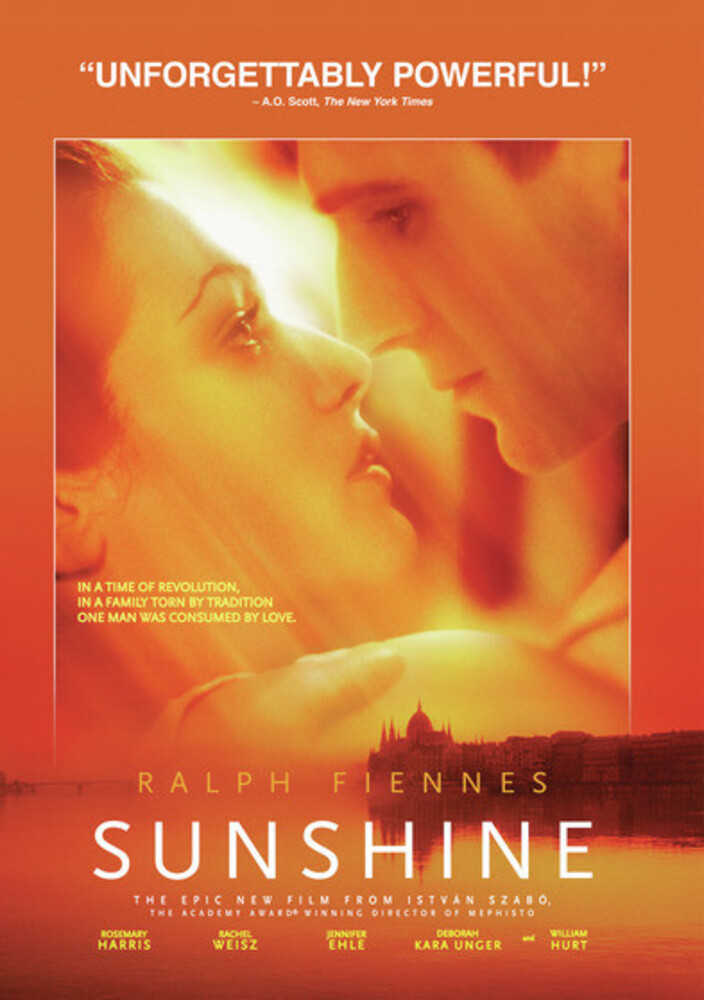 BACK ON DVD! When great-grandpa Sonnenschein (the name means sunshine) bottled the cure-all elixir A Taste of Sunshine, he established a family fortune and assumed his sons would continue the business. But great-grandpa's sons - and family members to come - had very different hopes and dreams. Ralph Fiennes plays not one, but three roles in this compelling and acclaimed epic about a Jewish family caught up in the upheavals and false hopes of the war-swept 20th century. A distinguished cast joins Fiennes, including Jennifer Ehle as free-spirited young Valerie, Rosemary Harris as the Valerie of later years and William Hurt as a war survivor whose new post as a communist official gives him power over his former enemies.